What is a computer network? 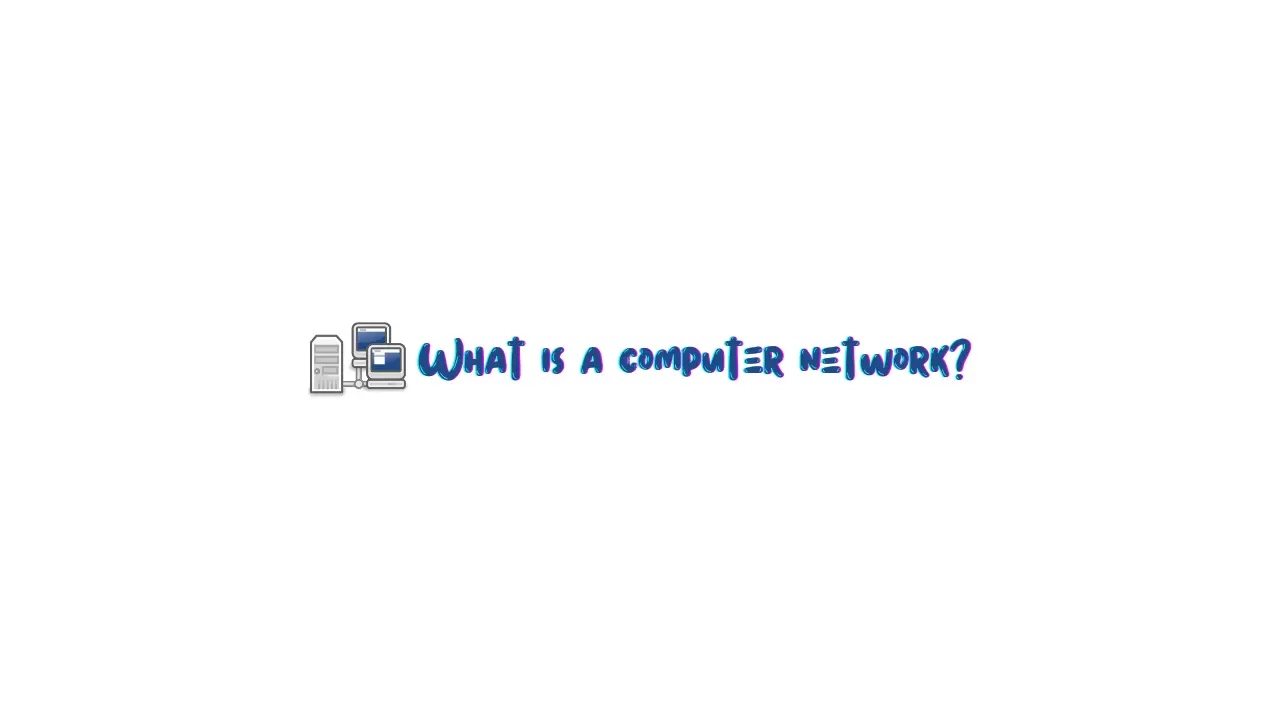 Definition of a network is a system that produces a transmission medium or communication medium by connecting two or more devices (in this case a computer). Computer networks are said to be successfully connected if computers can exchange information, data, or resources that they have with each other.

Computer networks today have become a basic need for society. To be able to perform communication and other needs using the help of a computer network, it takes two or more devices that will be connected to the network itself to produce a transmission media or communication media.

What is a network?

As discussed above, a network is a connection created by connecting two or more existing devices. Another meaning of a computer network is a collection of several communication terminals connected to several devices or computers.

Computer networks have the purpose of being a communication bridge between two parties to interact and send data more precisely and accurately. In the field of work, the internet network is very necessary given the need for data transactions with a high level of accuracy.

The first is the LAN network or Local Area Network. This type of network has a fairly small range, which is not more than 1 square km. Usually, a LAN network is used for a room or building that is not very large, such as a school, cafe, or a certain division room in an office.

The second is MAN, what is the MAN network? MAN network is an abbreviation of Metropolitan Area Network with a larger area coverage that can reach one city and is equipped with a higher internet connection speed compared to LAN network.

The range of MAN connection can reach 10 to 50 km, that's why the MAN network is used for the benefit of city coverage internet connection. MAN network is a combination of several LAN networks to have a wider area, therefore MAN has only one or two cables so the network design is simpler.

The last is a WAN network, the Wide Area Network, which is a computer network with the widest geographical range. The range of WAN networks can reach countries and even continents. The purpose of using a WAN as a network is to connect computer users who are in different countries.

The first computer network is a centralized network, which is a network consisting of user computers and server computers. In this network, the user's computer serves as an intermediary device to access and process data or information that comes from the server computer.

In a centralized computer network, there is the term dumb computer or dumb computer that does not have a data processor, so it can only be used as an intermediary of information or data from a server computer.

A wired network is a computer network that uses cables as its transmission medium. The purpose of using cables on the network is as a medium to connect one computer with another computer to access information and data or connect a computer to the internet network.

In addition to wired networks, other computer networks are non -wired networks, which are networks that do not use cables as the connecting medium, but instead use electromagnetic waves.

Wireless networks are often used in large areas because they do not require a cable connection for computers or devices connected to each other. The transmission medium used in a wireless network is a wireless adapter.

The advantages and disadvantages of networking are

Some of the benefits of the network are as a medium to share information, data, and resources between one computer user with another user. With this network, computer users are not constrained by distance and time.

In addition, the network can also meet your entertainment needs. With a computer network connected to the internet, you can access a variety of entertainment content available in entertainment applications even through mobile phones.

Not only the benefits, but computer networks also have some disadvantages that users of computer devices and internet networks should be aware of.

The first is the risk of data or information being infected with a virus when shared from one computer to another so that the computer network needs periodic maintenance so that the virus or bug can be identified as early as possible.

To have a computer network, you need to invest funds early on to provide software, hardware, network design, and network implementation.

The establishment of a computer network must be done properly so that the data or information you store is kept secure. If your computer network is done poorly, then the risk of your network being attacked by hackers will be greater.

Network user policy is one of the no less important shortcomings of this technology. With the ability of the Internet network to access a variety of information, many users are not responsible for accessing illegal content or information.